The Difference in Materials 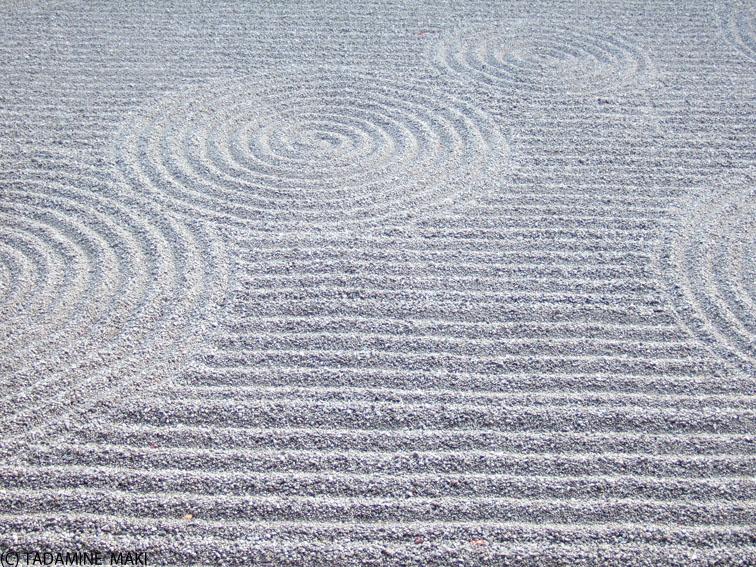 This complex is filled with many visitors, especially during the autumn season, and is one of the best autumn spots in Kyoto. The ravine and hillside in the complex are beautifully covered with Japanese maples, ablaze with reds and yellows in autumn. Outside the autumn season, though, it is not so crowded for such an attractive spot, and you can enjoy the complex at leisure. The highlights of this temple are the autumn leaves seen from the bridge and the garden created by the modern-day expert. Now, let’s look at the complex in terms of its key areas, the differences in materials.

On arriving in the complex, there are a number of buildings ahead, and among them is a bigger gate to the south of the site that attracts many people. This is the oldest gate, and is one of the biggest in Japan. The surfaces of the wooden buildings have turned black due to long-term oxidization. As time passes, such surfaces change to a black color, becoming mellow and elegant like malt whiskey in a cask.

The main building of this complex, known as the Hojo, is very famous for its garden. Entering the building and moving inward, you first encounter the garden to the south. Many tall, jagged stones are set in a sea of white raked gravel. The lines in the raked gravel represent the flow of water in the Zen garden. Water is always flowing, and has a feeling of timelessness. This gravel is fresh, shines white, and has no sense of passing time.

Sitting on the veranda to the south, you can see that the standing and laying stones are arranged in a loose pattern on the plain of white gravel. Compared with other temples, the contrast of the standing and laying rocks is very clear and sharp. Looking at the stones from the side, they also appear very flat, and are arranged to be easily visible mainly from the front of the garden. They are arranged using the garden as a stage, with the veranda as audience seating. In this regard, the stones, used as a sort of on-stage device, have the air of a work of modern art. The stones in this garden are relatively new and have no moss, and therefore do not suggest the passage of time. Stones take on an older air only as moss grows on them.

Moving along the veranda, you will see another garden to the north. In this garden, stones and moss create checkerboard patterns. You can enjoy this geometric design made from natural elements, which is seemingly contrary to nature. In this case, nature is used like a geometrical design tool – the checkerboard pattern, with its regular arrangement, merges with a carpet of moss, like sugar cubes breaking down and dissolving in a liquid.

Leaving the main hall, one can walk around the site and go towards the wooden corridor to the Tsuten-bashi Bridge. Columns stand here at regular intervals from each other. Walking along the corridor, at first you cannot see the scenery outside because of the visual density of the columns. As you move along the corridor, the visual distance between the columns increases and the range of view gradually opens. In this way, visitors can enjoy the continuous change in the scenery outside. Such corridors are rather a fun way of enjoying the scenery.

Leaving the corridors and walking around the site, you can see the black and silver roof tiles. These tiles are relatively new compared to the building because they are changed regularly, usually once every hundred years. These tiles reflect the sunlight and shine an elegantly plain silver, a color that only newer things can have.

The wooden columns, the white gravel in the garden, the stones placed in the white gravel and the roof tiles on the corridors. Only the wood ages as time passes, and the passage of time gives it a plain elegance. This elegance, known as shibumi in Japanese, has represented an important part of the essence of Japan since the time of Senno Rikyu, one of the founders of the tea ceremony.